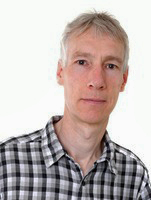 Dr. Ian Horrocks has been named as an editor in chief of the Journal of Web Semantics, replacing Dr. Riichiro Mizoguchi. Dr. Horrocks is a Professor in the Oxford University Department of Computer Science, where he conducts research on knowledge representation, ontologies and ontology languages, description logics, automated reasoning, and applications in areas including e-Science and the Semantic Web.  He is recognized for his contributions to description logic reasoning algorithms and techniques, and the development of the OIL, DAML+OIL and OWL ontology languages.  He served as the co-chair of the W3C Working Group that developed the OWL 2 Web Ontology Language which became a W3C recommendation in 2009.  Dr. Horrocks is a BCS Fellow, an ECCAI Fellow and a Fellow of the Royal Society.  Dr. Horrocks has been a member of the JWS editorial board since the journal's inception in 2003 and has also served as the area editor for reasoning.

The Journal of Web Semantics thanks Dr. Riichiro Mizoguchi for his considerable service as an member of the editorial board since 2003 and as an editor in chief from 2007 to 2011.  Professor Mizoguchi continues to lead an active research program at Osaka University as the director of the Department of Knowledge Systems in the Institute of Scientific and Industrial Research.
Newer Post Older Post Home