CfP: Special Issue on Visualization and Interaction for Ontologies and Linked Data 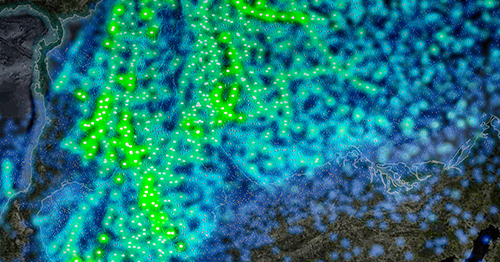 Special Issue on Visualization and Interaction for Ontologies and Linked Data


The Journal of Web Semantics invites submissions for a special issue on Visualization and Interaction for Ontologies and Linked Data to be edited by Valentina Ivanova, Patrick Lambrix, Steffen Lohmann and Catia Pesquita. Submissions are due by 31 January 2017.

Visual representations take advantage of the humans' most powerful perceptual channel---the visual system---and play a crucial role in understanding complex data and acquiring insight. Interacting with visualizations is indispensable in order to facilitate understanding and to overcome limitations of the visual representations. Yet, surprisingly, the importance of visual user interfaces is often overlooked in the Semantic Web domain. The area needs sophisticated visualization and interaction techniques to help its users understand the knowledge represented by ontologies and Linked Data and to utilize it in a multitude of applications and domains. As any other knowledge-intensive area, the Semantic Web deals with inherently intricate content. This poses high demands on its users in their tasks, such as modeling, formalizing, editing, verifying and sense-making, and involves a variety of cognitive processes---perception, attention, working memory, reasoning, etc. These processes could be more efficiently supported if user interfaces encompassing well-designed visual representations and interaction techniques were available.

Ontologies and linked data are being used in more and more application areas and by users with increasingly diverse backgrounds, which presents additional requirements. While a number of user interfaces have become available in the past years, they are rarely based on analytical or empirical studies of users demands, task analysis or advances in cognitive sciences, which can prevent their potential in supporting the interaction between users and the Semantic Web to unfold. User evaluations of different types---observational studies, interviews, etc.---are needed to provide requirements and to analyze the benefits of the proposed solutions. Yet, such evaluations are rather uncommon in the Semantic Web community. Approaches do not only need to consider common interaction contexts but should also take advantage of the opportunities provided by new and emerging interaction contexts, ranging from mobile and touch interaction to visualizations on large and high-resolution displays, and encompassing highly responsive web applications.

Visualization and interaction can be essential to easily provide access to the increasing diversity of the knowledge modeled in ontologies. They are an integral part of ontology engineering to help bridge the gap between domain experts and ontology engineers. Ontology visualization is not a new topic and a number of approaches have become available in recent years, with some being already well-established, particularly in the field of ontology modeling. In other areas of ontology engineering, such as ontology alignment and debugging, although several tools have recently been developed, few provide a graphical user interface, not to mention navigational aids or comprehensive visualization and interaction techniques.

Related to that, the capacity of the linked data initiative is underutilized, the main consumers are technology experienced users, one of the reasons being the lack of appropriate user interfaces and visualizations that support other user groups. Various visual and interaction approaches are needed to assist the variety of users who pursue diverse goals and pose individual requirements. In the presence of a huge network of interconnected resources, one of the challenges faced by the linked data community is, for instance, the visualization of the multidimensional datasets to provide for efficient overview, exploration and querying tasks.

The aim of this special issue is to present latest advances in the area and further attract attention to these issues from interested communities. Ultimately, providing better user interfaces, visual representations and sophisticated interaction techniques will foster wider adoption of Semantic Web technologies and likely lead to higher quality results in different applications employing ontologies and proliferate the consumption of linked data.


Topics of interest include (but are not limited to) the following

Submission of your manuscript is welcome provided that it, or any translation of it, has not been copyrighted or published and is not being submitted for publication elsewhere. Manuscripts should be prepared for publication in accordance with instructions given in the JWS guide for authors.

The submission and review process will be carried out using Elsevier's Web-based EES system. Upon acceptance of an article, the author(s) will be asked to transfer copyright of the article to the publisher. This transfer will ensure the widest possible dissemination of information. Elsevier's liberal preprint policy permits authors and their institutions to host preprints on their web sites. Preprints of the articles will be made freely accessible on the JWS preprint server. Final copies of accepted publications will appear in print and at Elsevier's archival online server.
Newer Post Older Post Home